Valerie also edited and co-wrote the first two books to document the lives of African and Asian Lesbians in Britain. She is currently working on a new collection of poetry, and a new book on the theme of the wheel of addiction.

Purchase Eight Step Recovery at windhorsepublications.com and get 15% off your order with this code eightstep15

No freight cost on orders over 30 GBP in North America, over 20 GBP in UK and Europe 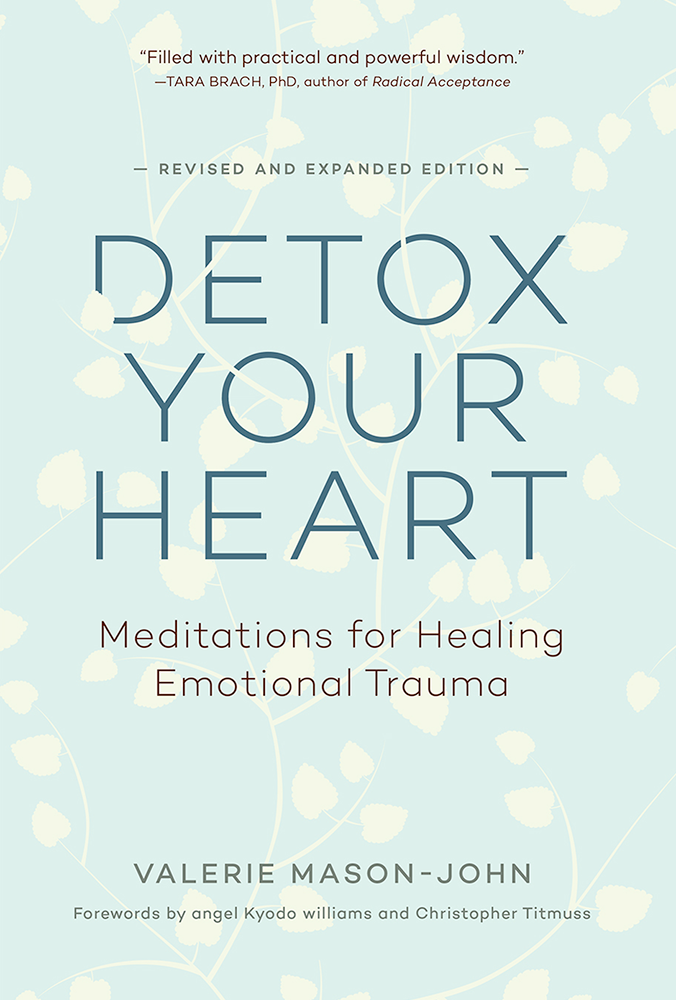 Drawing on her own experiences with abuse and addiction, Valerie Mason-John presents a well-grounded series of meditations that transform anger, hatred, and fear to heal emotional trauma.

Valerie Mason-John knows what it is like to be filled with toxic emotions—and how to release them. After years of abuse and struggles with addiction, she was mired in anger, resentment, and fear. But through meditation and willingness to forge a new path, she learned how to disarm such toxins and find peace. 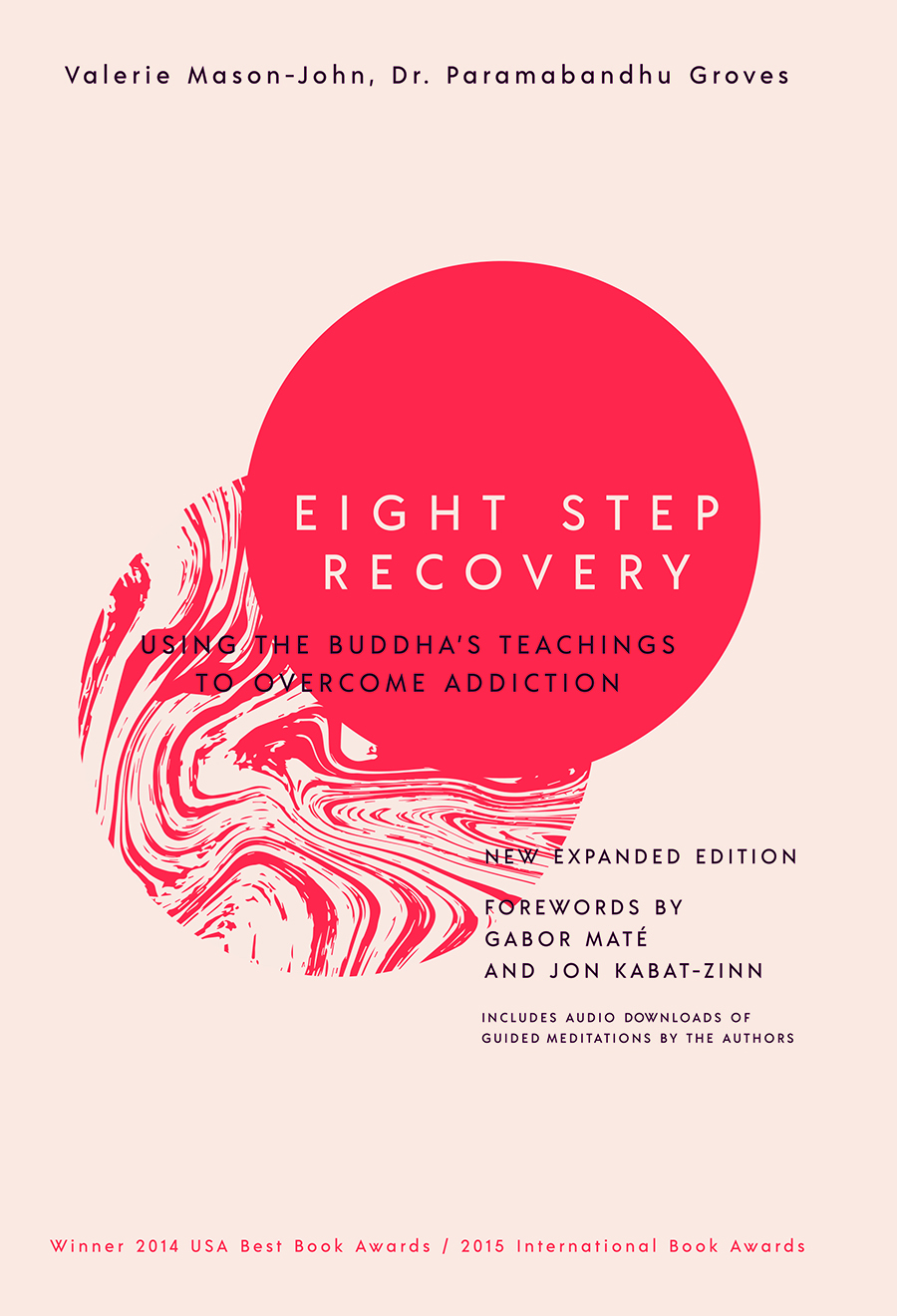 This new, expanded edition includes a foreword by Jon Kabat-Zinn, a guide to running an Eight Step Recovery meeting, and how to teach a Mindfulness Based Addiction Recovery (MBAR) programme, including teacher’s notes and handouts.

All of us can struggle with the tendency towards addiction, but for some it can destroy their lives. In our recovery from addiction, the Buddha’s teachings offer an understanding of how the mind works, tools for helping a mind vulnerable to addiction, and ways to overcome addictive behavior, cultivating a calm mind without resentments. 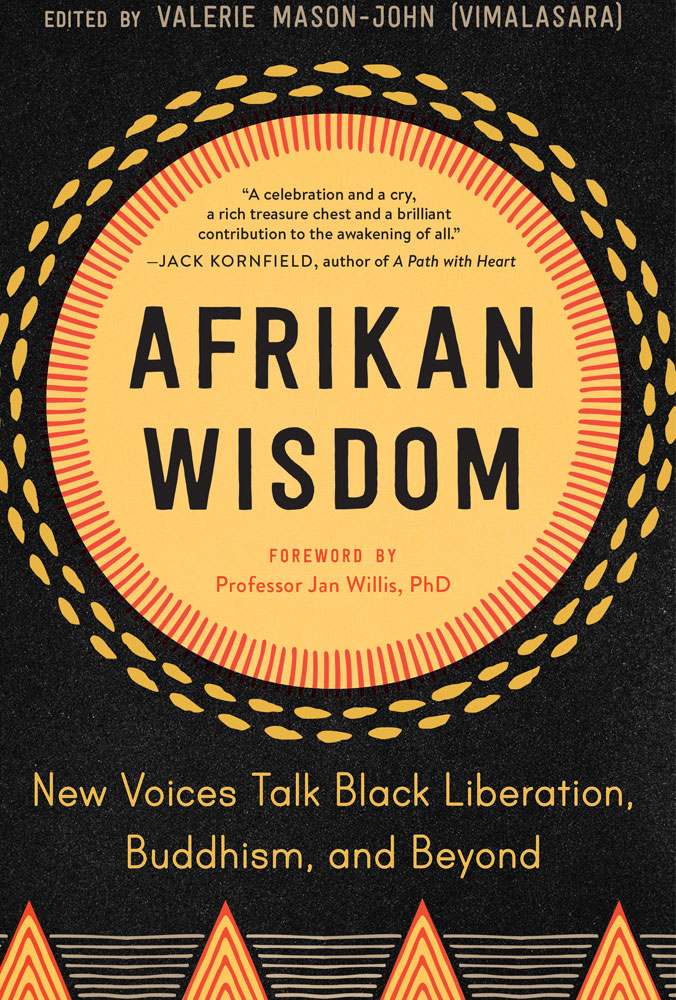 What people are saying about Afrikan Wisdom:

“A celebration and a cry, a rich treasure chest and a brilliant contribution to the awakening of all.” —JACK KORNFIELD, author of A Path With Heart

“This unique and timely collection is a deep dive into the intersections of black liberation and spiritual freedom from a perspective sorely missing from the vast body of Buddhist writings. PRATIBHA PARMAR – filmmaker and professor

“This book will help us continue dreaming and living into more liberated futures.” LAMA ROD OWENS- author of Love and Rage

“This is an important undertaking; a wealth of insights and resources that reminds us that contemplative practice must find unique expression within each culture and identity.” JAMIE BRISTOW – author and clerk of the UK All-Party Parliamentary Group on Mindfulness 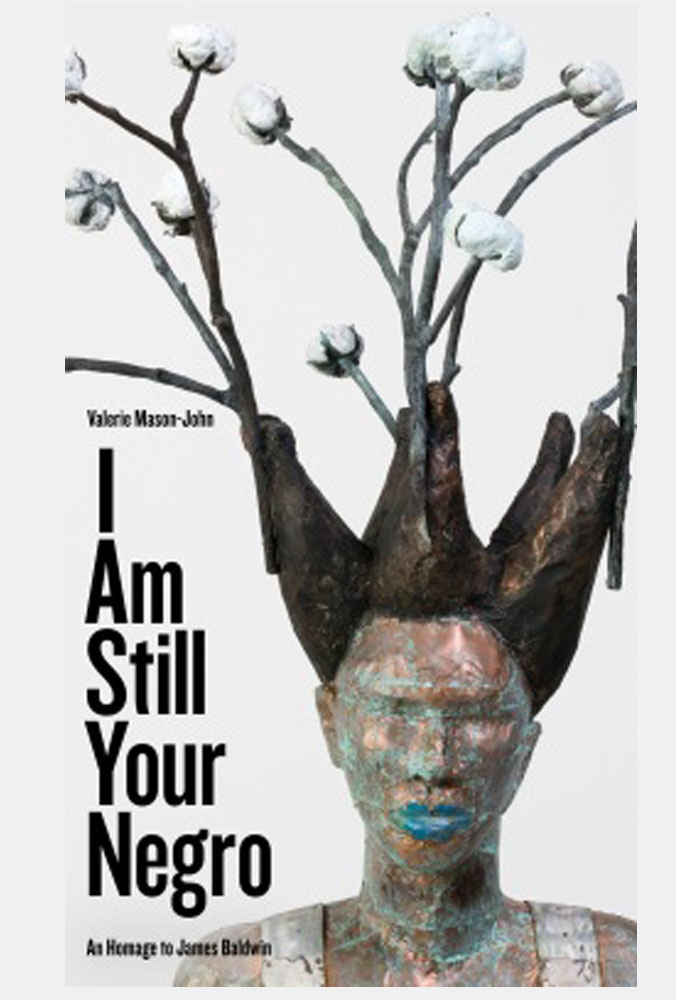 I Am Still Your Negro

Spoken-word poet Valerie Mason-John unsettles readers with potent images of ongoing trauma from slavery and colonization. Her narratives range from the beginnings of the African Diaspora to the story of a stowaway on the Windrush, from racism and sexism in Trump’s America to the wide impact of the Me Too movement. Stories of entrapment, sexual assault, addictive behaviours, and rave culture are told and contrasted to the strengthening and forthright voice of Yaata, Supreme Being. I Am Still Your Negro is truth that needs to be told, re-told, and remembered. 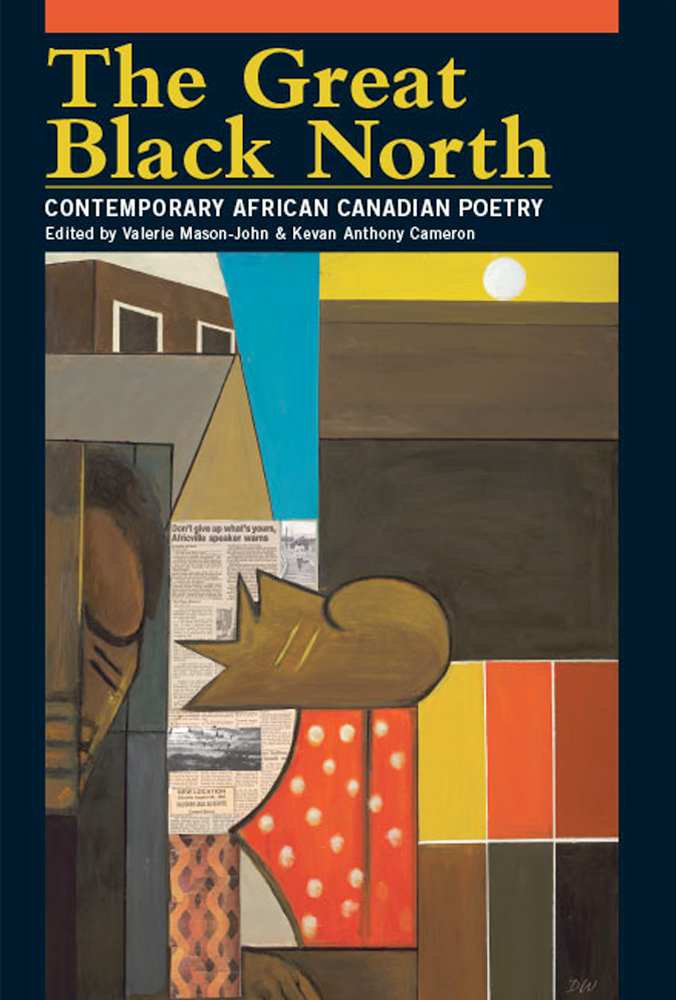 “The Great Black North is both enlightening and entertaining. Like our vast and cosmopolite country, this book’s strength is its diversity.”

“Combining delight and purpose in powerful ways, these poets open a doorway into a particular national experience that needs to be shared with a wide audience.” 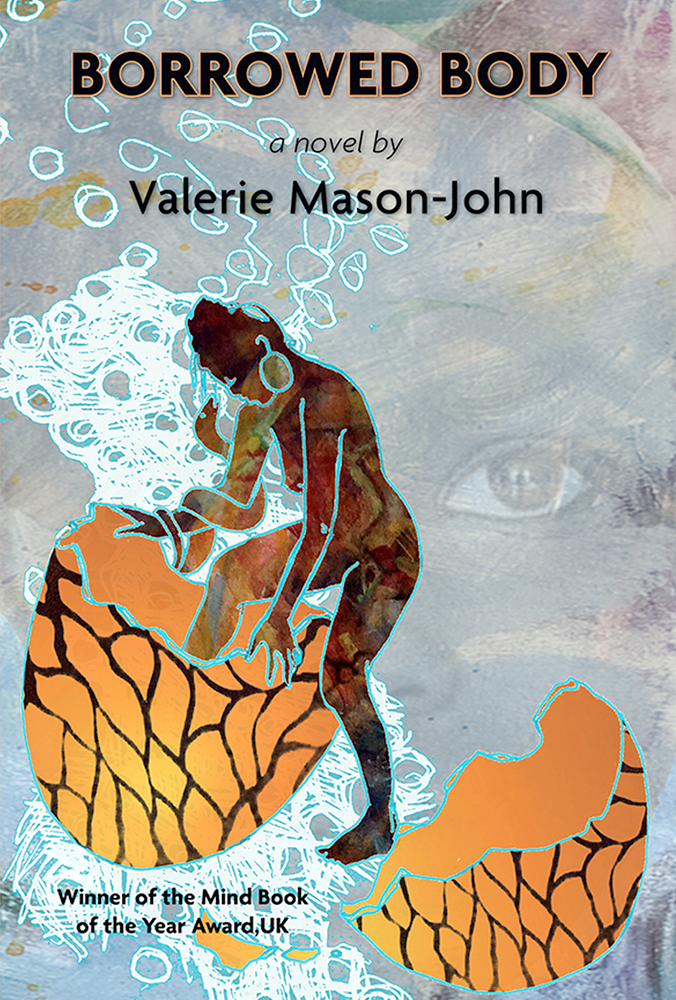 I could have been born and raised in Africa. But my spirit was in too much of a rush to be reincarnated. At six weeks I was chucked out into the new year of 1965, which wasn’t prepared to welcome an African baby, abandoned on a harsh English winter’s day. So begins Pauline’s spirited and moving story of her childhood and teenage years in and out of foster homes and back and forth to Dr. Barnardo’s Village in Essex.

“A powerful debut about growing up in 1970s London Black, female, in orphanages, on the streets and in children’s prison.” 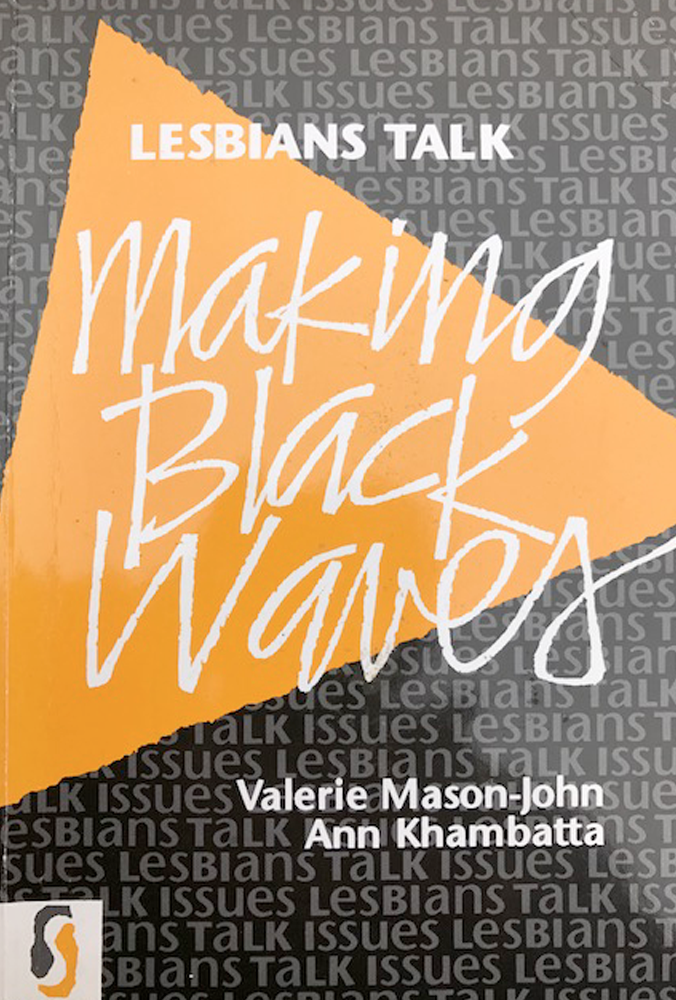 The first ever book to document the lives of African, Caribbean, South and South East Asian, Middle Eastern lesbians living in the United Kingdom.

The concise and conclusive discussions outlined in this milestone of a book provide the first documentation on the lives of Black lesbians in Britain. It tells the herstory, the first ever conferences, groups and publications in the UK. Lesbian lifestyles in other countries and the debates. Explores black as an umbrella term for several communities including African. Caribbean and Asian, race versus sexuality, separatism, the struggles, coming out, homophobia in the black communities, racism in the lesbian and gay communities, the future.

These previously undocumented stories reveal the lives of the Dalit—or untouchable women—in India by highlighting the continuing issues of human rights and discrimination. Recording such experiences as working in rice fields and living in slums, this work includes oral histories and covers a wide range of topics, including dowry burnings, marriages, beggars, human traffickers, and political and social activists. An exploration of the effects of Dr. Ambedkar, the architect of India’s constitution and the advocate of positive reservations for untouchables in education and employment, and other historical movements and religious texts on these women is also included. 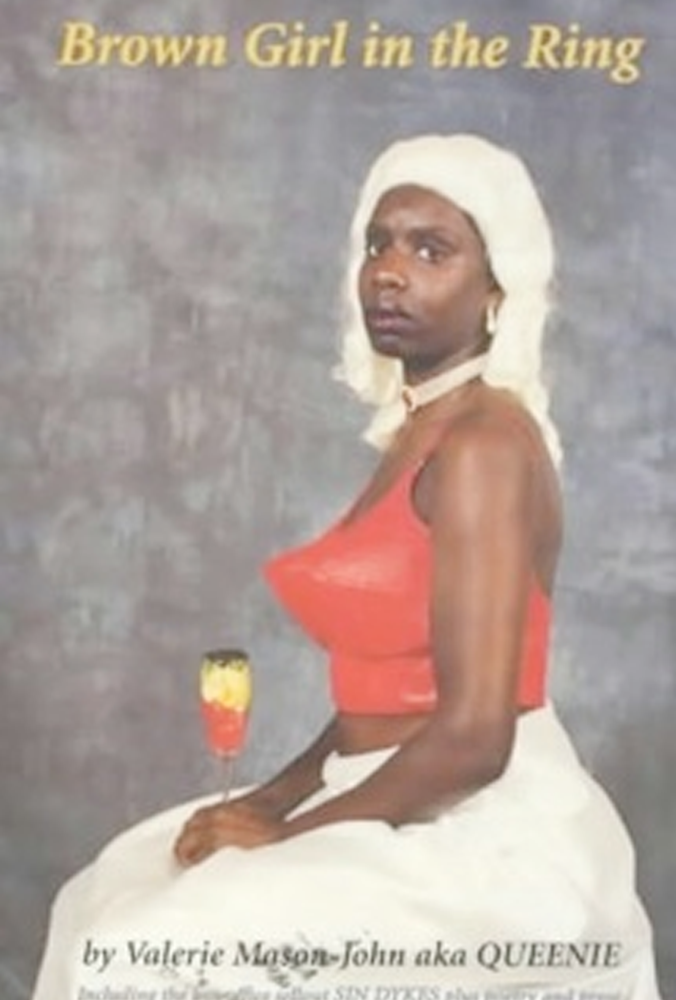 Brown Girl in the Ring

A collection of poetry, prose and plays. This books documents a part of black British culture which is often ignored. Through poetry, prose, plays and autobiographical anecdotes the author brings alive Black lesbian culture in Britain.

“Wonderful collection of prose, poetry, monologues, and play…. The most remarkable book which has come across my desk since I started this column. Must read.” — Shirley Wilson G Scene 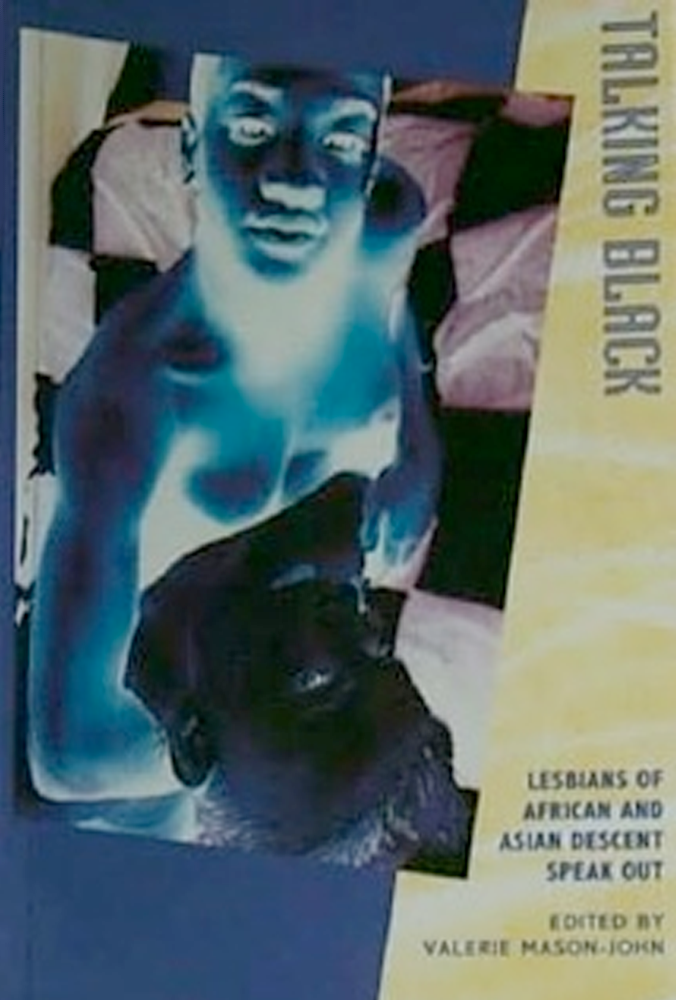 Valerie Mason-John brings together a host of writers including Linda Bellos, Maya Chowdhry, and Dr Anita Naoka Pilgrim, who celebrate and document the lives of African and Asian lesbian living in Britain. This is still one of two books in Britain which dares to document these women’s lives.

It is the first and only anthology of African and Asian writers exploring lesbian sexuality, its representation in the mainstream as well as within the dominant white lesbian culture. Through an examination of film, photography and literature this book explores the issues of African and Asian descent lesbians coming out and growing older in Britain.